Its been like forever since we last talked!!! In between work, the holidays and the New Year coming in I just decided that I would take myself a much needed break . The funny thing is even though I \”breaked\” I still found a way to sneak some sewing in 🙂
If you haven\’t gone over to my Youtube channel lately you need to skip on over there and check out a fun little Christmas video I did with the kids  . We made super Cute sock monkeys that can be givin away as gifta are just kept as snuggle bunnies for your own little ones 🙂
Here is the video :
SOCK MONKEYS !!
We had such a blast recording it that I decided we would do them more often together, so stay tuned for more vids with me and the kids 🙂
( Don\’t you like how I rhymed that up for y\’all?!! )
Well, on to the event at hand!!! … The New Year is here and I\’m so excited for whats to come ! One of the things that I promised myself is that this year I would work on sewing with less knit 🙂 I know that\’s the easy way out and honestly my goal is to stop being lazy and really hone my sewing skills this year.
That being said I\’m not giving them up entirely .. just slacking off A LOT ….

So I\’m sure your wondering by now why all these painfully adorable Dalmatians keep popping up …HUH?… Well! if you weren\’t ….I\’M GOING TO TELL YOU ANYWAY … 🙂

One of the things that I begin the year off sewing was  a few floor length skirts ( with pockets of course ) for my Mom 🙂 . If you follow me on Instagram you have already seen the beautiful one I made out of a Micro Suede that I found at my local Joann\’s .. If you haven\’t go on over to my Instagram (@MrsCraftyChick) and check it out…

Well, while I sewed hers you know I had to sew my own …. when I finished sewing it I took it to my daughter ( For fashion advice …… i do that often ) and she suggest that i create a \”themed\” outfit  because the skirt already was headed in that direction

Isnt she such a wonderfully, stylish villian?!!!
Thats why we chose her !!!!!! ( Squeals)
Now I began my sewing journey two years ago while costuming a play for my school ( The Lion KIng) , so its only right that these two things combined would make me so happy!!!!
I had already created the gathered taffeta skirt from some really  inexpensive yet beautiful fabric that I got at Joanns …. The fabric just happend to be white with black polkadots!!! 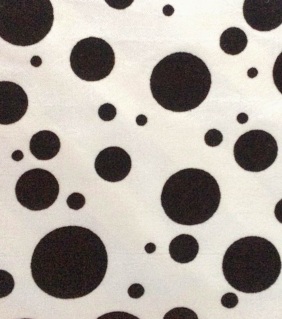 When my daughter suggested that I make a themed outfit with a half and half color I was IN ..

I can\’t count the amount of times I have used this pattern .. its super easy and has a variety of style options . I decided to use the V neck option and NOT cut it on the fold, but instead cut two separate pieces out for each side in the coordinating color. I had so much fun creating this simple top ….

So I bet your like show me the DANG pictures already ….
Cool your jets 🙂
Here is the completed look !!!!

I really had a lot of fun creating this look ..
And I think for THAT reason alone I\’m going to create more …
What do you think ?

I love Disney characters ….from the VILLIANS all the way to the Princesses so I feel like this is such a happy marriage between sewing and costuming 🙂

I had so much fun today at school getting the kids to guess which disney character I was dressed up as… you could see the wonder in their eyes as some of them guessed the first time !!!

I really like how the look turned out … I think that it allowed me to definitely step outside my comfort zone and just have FUN with sewing …. That\’s how it should be anyway right ?! 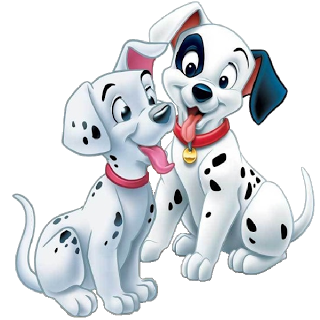 Slobbery Kisses from the PUPS!!!!!
( No Dalmatians where harmed in the making of this garment 🙂   )