Yes!! ! I finally able to make something that he will wear …..in PUBLIC!

Yes, I have made things for him before but it was when I first began sewing ( 4 years ago ).
That was back when I was still learning so most of the things I DID make for him either fit \”funny\” or were in weird colored fabrics that he just wasn\’t feeling. Well, THANK GOD FOR GROWTH, because I finally made something that he was willing to wear out !!

For these joggers I used Simplicity 8268 :

When I saw this pattern  I knew it would be perfect for my son so I bought it and waited to find the perfect fabric.  I ended up purchasing my fabric from Joanns. The fabric that I decided to use was a light sweatshirt knit. It was perfect for joggers!

Pattern Description: Unisex Joggers
Pattern Sizing: I cut a Child/Teens Large
Did it look like the photo/drawing on the pattern envelope once you were done sewing with it? Yes
Were the instructions easy to follow? Yes they were super easy to follow,
What did you particularly like or dislike about the pattern? The pattern was super easy to make, I plan on making several more for him when the winter months return.

Fabric Used: a light sweater knit.
Pattern alterations or any design changes you made: No alterations this time but Seth has the same affliction that I have ( long arms and legs ) so next time I will lengthen the legs about 4 inches .
Would you sew it again? Yes, defintily!!

If you follow me on Instagram you may know by now that my son plays competitive soccer. He has played soccer since he was 4 years old so he is an athlete through and through.  He prefers nothing but slim fitted athletic gear so these joggers here right up his alley .

These went over so well with him that now I\’m on the hunt for more patterns like this! 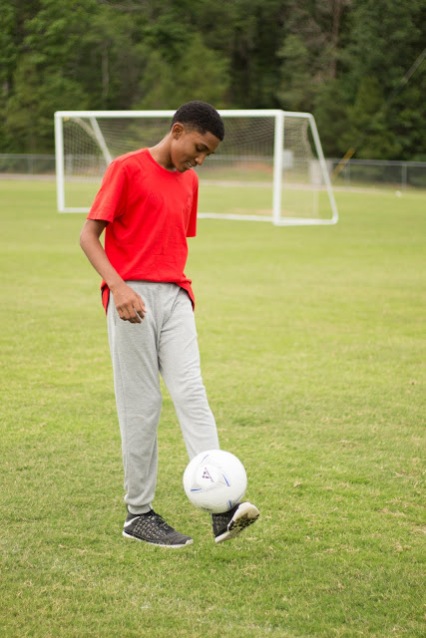 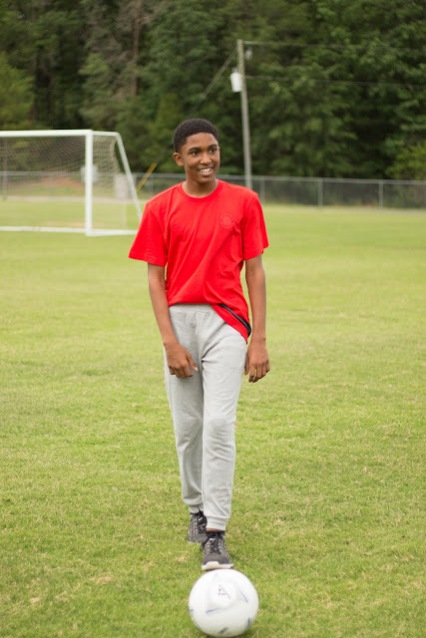 They were so comfortable that even kicked around in them some 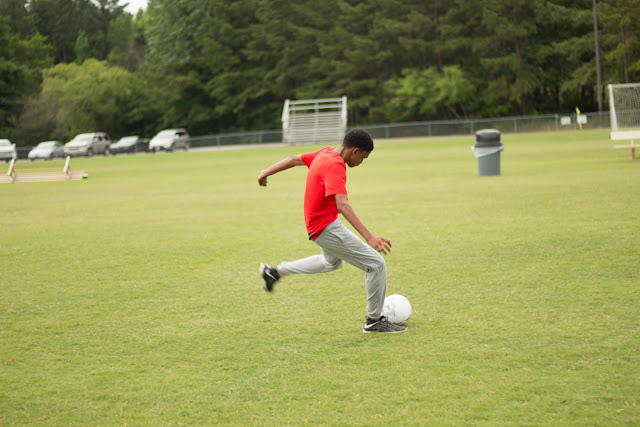 Judging by his face I think these were a win!  🙂

Until Next Time !! XOXOXO